On May 26, Lars Samuelson, professor of Lund University, LU and academician of the Royal Swedish Academy of Sciences, Academician of the Swedish Academy of Engineering, accompanied by four others, visited Ledman Headquarters building. Martin Lee, Chairman and President of Ledman, Tu Menglong, Senior Director of Technology R&D Center and other leaders, on behalf of Ledman, extended a warm welcome to them, showing them around the exhibition hall of Ledman and holding cordial exchanges. Visit to the exhibition hall

Lars Samuelson is chair professor at Southern University of Science and Technology. Chairman Martin Lee, a technical expert in China's LED industry, is an industry professor at the School of Engineering, Southern University of Science and Technology. Both sides shared the phased achievements of Micro LED display application and discussed the technology trend. Lars Samuelson said that the global Micro LED technology is halfway in the journey towards the goal. Ledman is undoubtedly a leader in the research and development of Micro LED technology, boasting complete technical industry chain and strong momentum of development. He hoped for there to be deeper product cooperation and technical exchanges in the future between the two sides. Exchange between the two sides

The National Standard, Lehman shares involved in, has released recently 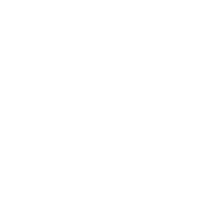